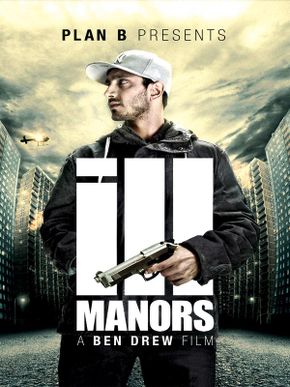 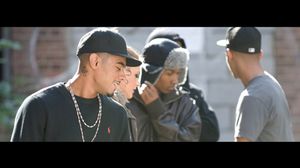 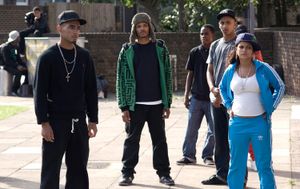 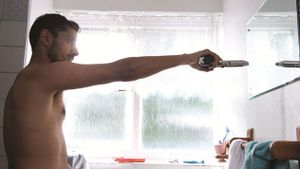 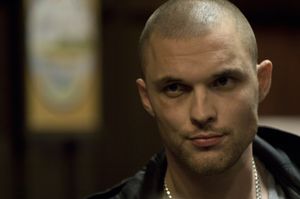 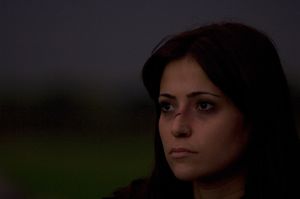 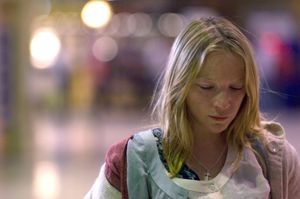 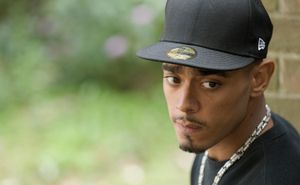 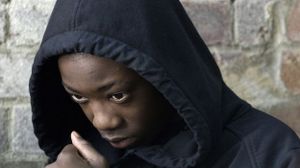 it gets under the skin – despairing, brutally eloquent and frighteningly real

it gets under the skin – despairing, brutally eloquent and frighteningly real

Already a fine actor and entertainer, Drew can now count himself a director to watch.

Already a fine actor and entertainer, Drew can now count himself a director to watch.

Drew has things to say – and he mostly says them well.

Drew has things to say – and he mostly says them well.

Plan B's film is not a searing social commentary about our mean streets, but a gangster movie that celebrates humanity. The tagline of Ill M...

Plan B's film is not a searing social commentary about our mean streets, but a gangster movie that celebrates humanity.

The tagline of Ill Manors stakes a claim to searing social commentary. "We are all products of our environment," it asserts. This seems to suggest that the film's grim happenings will impart a familiar lesson: so warped is our iniquitous social order that it condemns those it disadvantages to lives of oafish transgression. Some have found this promise to be fulfilled. According to Geraldine Blake, of the exclusion charity Community Links, Ill Manors shows that "if you put a child in a brutal environment, you end up with a brutalised person".

Yet the film's action could hardly be more dismissive of such nurture determinism. Childhood maltreatment is alluded to, but such is the towering moral agency invested in the characters that it's not allowed to excuse their behaviour. On the contrary, it serves only to underline the message that, whatever your origins, it's down to you in the end.

Camila Batmanghelidjh, the founder of Kids Company, sees Ill Manors as endorsing a mantra of her own: "Don't say a child chooses to join a gang; there is no choice." In fact, the induction process depicted in the film begins with a pressure-free invitation. Thereafter, admittance is conditional on a prior demonstration of personal delinquency. The film's applicant deliberates, then decides. Later, he's sucked in further than he would have wished and he pays a high price, yet there's no doubt that he selected his path to perdition of his own free will.

Similarly, the teenager embarking on a crack habit isn't desperate, bullied or even egged on by her peers. She's just a sassy girl who wants to have fun, making her choices though warned of risks she's perfectly happy to run.

It's just as well that Ill Manors promotes personal responsibility at the expense of lefty dogma. The film is not a documentary or a slice of miserablist social realism; it's a gangster movie. If the protagonists were mindless brutes enslaved to social conditioning, their doings would be something of a bore. So instead we get vibrant human beings racked by conscience or wedded to cruelty for the hell of it. Kids kill, but crime lords as well as tarts turn out to have hearts of gold.

It's not always easy to square these goings on with Ms Batmanghelidjh's contention that Ill Manors presents "an incredibly accurate portrait" of the world that it depicts. Maybe in Forest Gate drug barons are indeed crazily cool and the typical crack whore is a stunning beauty with glossy raven tresses and a dewy complexion. Yet even if these things are so, the events leading up to the film's EastEnders-meets-Pulp Fiction climax get closer to farce than demonstrable fact.

Quite right too. We don't look to gangster films for a CT scan of society's underbelly. Paradoxically, they beguile by conveying a heightened version of ordinary experience. Gang life in the movies is like real life only more so. There's scope for more heroism, compassion and ignominy; relationships are more loaded, choices more urgent, consequences more final. In Ill Manors, if someone kills your sister, even by mistake, you don't wait for the judicial process to slap him on the wrist. You shoot him in the head. It's hard to avoid seeing something in that which cannot but appeal.

So, Ill Manors cheerily presents the mean streets of Olympic London not as a shameful swamp to be drained by official policymakers but as a theatre for human carnival. For a first feature, it achieves this with remarkable panache. At last, our urban badlands acquire the charisma hitherto flaunted only by their transatlantic counterparts. It's all done without recourse to the clichés of grim tower-block estate, Rolex-and-BMW bling or ethnic aggro; instead the film relies on poetry, music, precision acting and a startlingly fresh eye.

Could it be that in spite of its pretensions to social correctness, Ill Manors actually glamorises the ills that it deplores? You bet it does. The film doesn't just tempt those without hope to go over to the dark side; it reminds us why the rest of us would on one level like to follow them. So, might its posture of po-faced concern be no more than camouflage for subversion?

Something a bit more complex seems to be going on. The film's director, Ben Drew, devised his Plan B shtick for the more accommodating world of rap. Bringing it to the big screen seems to have highlighted contradictions within it of which he's well aware. Drew told the Observer that his characters "act the way they do because of the shit that happened to them that wasn't their fault". Nonetheless, he felt obliged to add: "But there comes a time when you have to take responsibility for your actions."

As a product of the environment he both laments and celebrates, Drew has told us what he wants most for its denizens. It isn't a worthy gabfest or high-profile government initiative; it's just a bit of respect. By presenting them as gutsy and smart if sometimes wicked, instead of as forlorn fodder for hand-wringers, he's done his bit to earn them some. 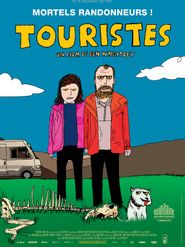 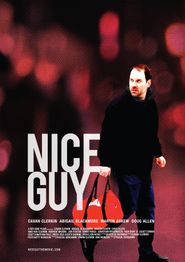 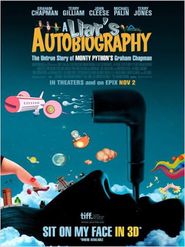 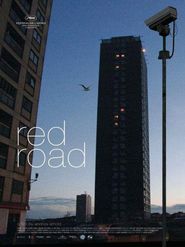 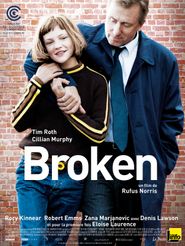